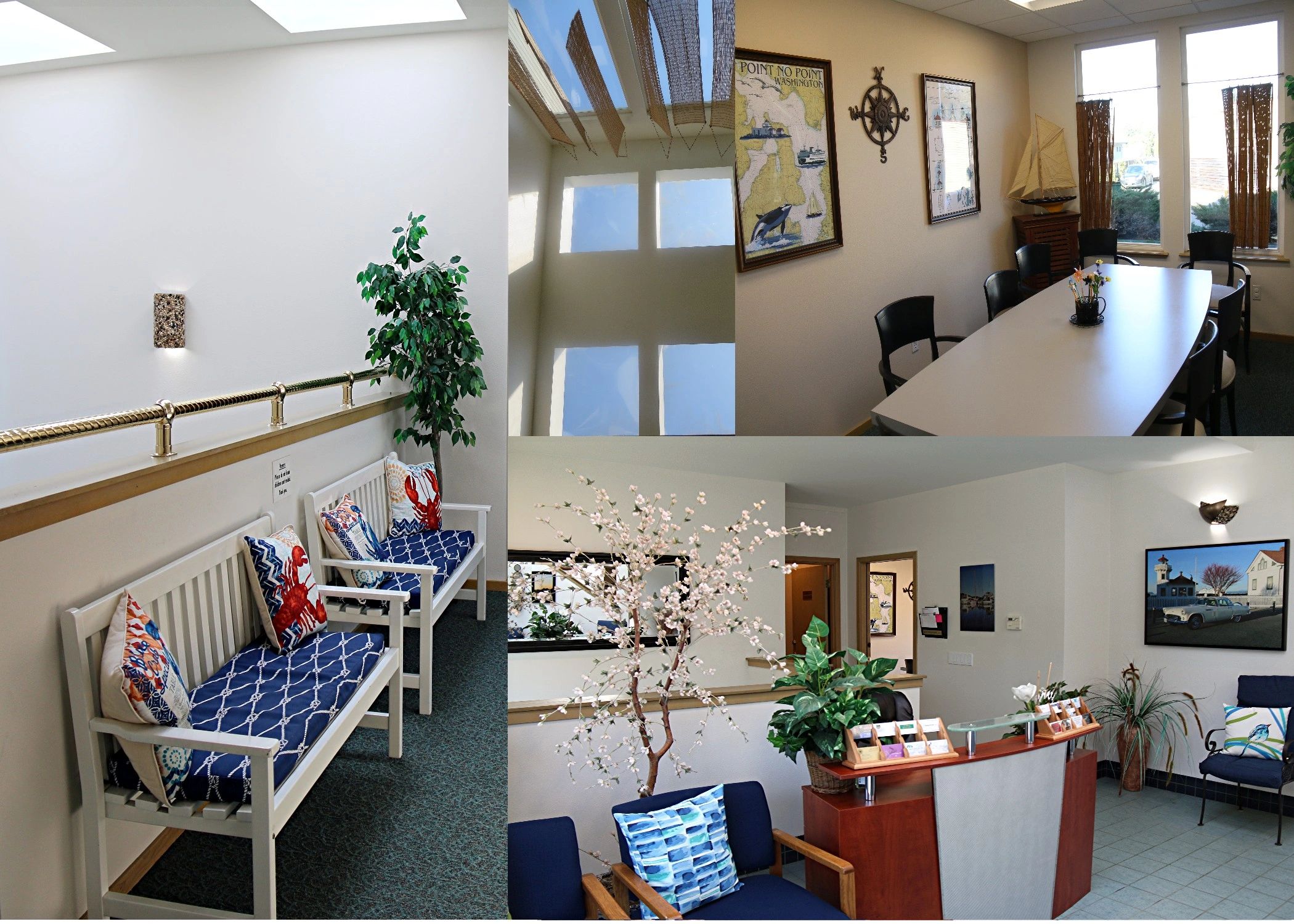 We make real estate a breeze!

So take your time, look around, and learn all available Paine Field Commercial Real Estate that can fit your needs. We know you enjoy our premiere office rentals . Please take a moment to contact us

use of Conference Room.

Carpet, paint for your next office space private office,

use of Conference Room.

of Paine Field on I-5

Better yet, see us in person!

Paine Field was originally constructed in 1936 as a Works Progress Administration project. At the time of development, it was envisioned that the Airport would create jobs and economic growth in the region by becoming one of the ten new "super airports" around the country.

Paine Field was taken over by the U.S. Army Air Corps prior to entry into World War II as a patrol, air defense, and fighter training base and was later controlled by the U.S. Army Air Forces. With the end of the war, the airfield began to be returned to the civilian control of Snohomish County. In 1947, as transition activities were still underway, military control of the then-Paine Army Airfield was transferred to the newly established U.S. Air Force, with the facility renamed Paine Field. Transfer of the property to the Snohomish County government was completed in 1948, however, the Air Force continued to maintain various Air Defense Command units at the airport as military tenants.

Before Snohomish County could start planning for the continued development of a "super airport", the United States was again involved in an armed conflict—this time in Korea and also the breakout of the Cold War with the Soviet Union. When the Pacific Northwest defense installations were reviewed House Representative Henry M. Jackson recommended more military presence in the area and Paine Field was reactivated as a military airbase.

Paine AFB Directory, 1959–1960. Cover photo views the base from the northwest and showing a formation of three F-89 Scorpions overflying the airfield.

Paine Field was returned to USAF control in 1951, renamed Paine Air Force Base, and placed under the jurisdiction of the Air Defense Command (ADC). While the county relinquished most of its commercial facilities to house USAF personnel, units and assets, the site did not have an exclusive military presence. The airfield remained a joint civil-military airport with the Air Force operating the control tower and other air traffic control facilities, while the county, in a shared use agreement, rented commercial lease hold areas to businesses such as Alaska Airlines. The 4753rd Air Base Squadron (later re-designated the 86th Air Base Squadron)[16] was activated on the new Air Force base on February 1, 1952, as a placeholder unit.

Although inactive for only six years, significant military construction (MILCON) was necessary to bring the World War II training base up to postwar USAF standards. In 1951, additional land surrounding the Paine AFB site was appropriated for military facilities and extended runways. A 9,000-foot jet runway (Rwy 16/34) was constructed along with accompanying taxiways, permanent concrete buildings and other support facilities to replace the temporary wartime wooden structures that were viewed as substandard for a permanent USAF base. The 529th Air Defense Group was activated on February 16, 1953, and became the permanent host unit at Paine AFB until redesignated as the 326th Fighter Group in 1955.

64th Fighter-Interceptor Squadron Convair F-102A-75-CO Delta Dagger 56-1344, 326th Fighter Group, March 1960 Various Regular Air Force fighter-interceptor units and Air Force Reserve troop carrier units operated at Paine AFB from 1951 until the mid-1960s. In 1966, USAF identified Paine AFB for closure due to budgetary constraints caused by the cost of the Vietnam War. The by then-host unit, the 57th Fighter Group phased down operations with the departure of the interceptors and was inactivated in place on September 30, 1968. Paine AFB was inactivated the same date and the facility was returned to full civilian control as Paine Field / Snohomish County Airport.

Today, the only remaining USAF activity at Paine Field is a non-flying tenant unit, the 215th Engineering Installation Squadron (215 EIS) of the Washington Air National Guard.

Paine AFB / Paine Field had also been under consideration in the 1960s by the U.S. Army Air Defense Command as one of several sites for the Sentinel Anti-Ballistic Missile System due to its central location to several other major military bases and defense industries in the Puget Sound Region. That program was eventually dropped in favor of the limited Safeguard system.

On July 25, 1966, Boeing announced that it would build the Boeing 747, a jet airliner capable of carrying nearly twice as many passengers as previous models. To build the giant jet, Boeing had to construct a facility large enough to handle the world's largest commercial jetliner. Land just north of Paine Field was chosen to construct the new facilities, including some development on the airport itself. Both the local government and the FAA concurred with the development. Work on the massive building began in August 1966 and the first employees arrived in early 1967. The 747 made its first flight at Paine Field on February 9, 1969.

In late 2005, construction of the Future of Flight Aviation Center & Boeing Tour building was completed. The project, formerly known as the National Flight Interpretive Center, includes the Boeing factory tour as well as a gallery that highlights the newest developments in aviation, including both parts and components of airplanes, manufactured by Airbus and Boeing. The facility was opened to private audience on December 16, 2005, and the following day the facility was open to the public. The Museum of Flight also has a restoration center at the airport's main gate; located further south is the Me 262 Project. Paul Allen's Flying Heritage & Combat Armor Museum has a large, refurbished hangar at the south end of the field, which opened as a museum in June 2008. Historic Flight Foundation also houses and maintains early military aircraft.